Lousie Rennison, best know for her hysterical teen novel Angus, Thongs and Full Frontal Snogging, passed away at the age of 63 today. She is fondly remembered in many articles today in The Guardian, BBC, and Huffington Post. As remembered in The Guardian, "One thing is for sure, the world is a less glittering place without Louise Rennison, and we will miss her terribly.."

Here are some of The Guardian's favorite quotes:


He who laughs last laughs the laughiest.

He says we should take it easy and that maybe he overreacted a bit.”

Dave said, “A bit? That’s like Hitler saying, ‘Oooh, I just meant to go for a little walk, but then I accidentally invaded Poland.”
― Are These My Basoomas I See Before Me? (the 10th and final Confessions of Georgia Nicolson story)

I am soooo excited, I am over-excited. I’m hysterical, I may have to slap my own face in a minute at this rate.

Honestly, what planet do these people live on? And why isn’t it farther away?

― It’s OK, I’m Wearing Really Big Knickers (published as On the Bright Side, I’m Now the Girlfriend of a Sex God in the US where people don’t wear knickers as people in the UK wear knickers, book two in the Georgia Nicolson series).

As she left my room I knew I should shut up. But you know when you should shut up because you really should just shut up… but you keep on and on anyway? Well, I had that. 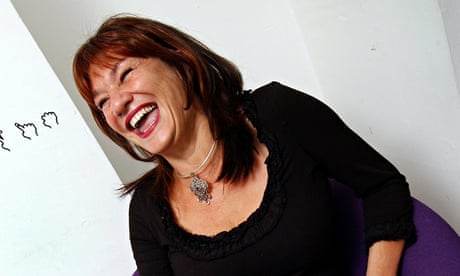 He had everything a dream boy should have. Back, front, sides, Everything. A head.

I will not have him in my brain; there is no room for anyone else in the cakeshop of agony. It’s crowded enough in there already.

"The Martian" and other books to film...

I just saw the movie "The Martian" this weekend - wow that was good! It's like Apollo 13, but funnier. And it has Matt Damon. Enough said. Best of all, we have the DVD available at the library. 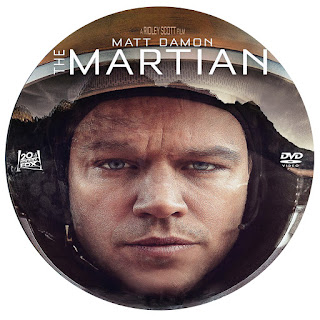 That being said, I had no idea it was based on a book of the same name written by Andy Weir, which we also own. 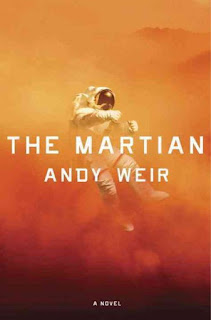 Goodreads has created a massive list of lists of books THAT HAVE BEEN turned into movies and books that SHOULD BE turned into movies. My own perfect pair, where I feel both versions are brilliant, is "The Remains of the Day." The 1990 book was written by Kazuo Ishiguro and the 1993 film starred Anthony Hopkins and Emma Thompson. (The library owns the book, but not the DVD.) 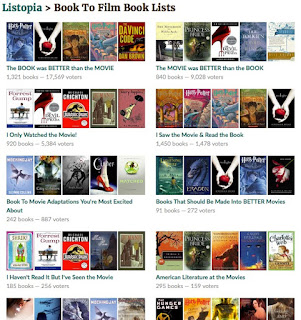 Peace out, Butterscouts.
-Miss Sara
Posted by Miss Sara at 8:40 AM No comments: